The third hospital attack took place on 7 April 2017 in the town of Heish. The Civil Defense Center in Idlib published a video showing the rescue mission after the attack, which occurred at approximately 03:55.

Orient News Agency published a video after the attack, a still from which is provided below:

In the video, Orient News reporter Mouhammed Faisal states at 00:20 “The Heish town was attacked with two airstrikes which resulted of 8 casualties. Five of them are internally displaced people and the other three are from the Heish town itself. While rescuing the injured people as a result of the attack, we were targeted again by Russian air strikes which resulted in the destruction of the only medical point in town. It’s completely out of service now.”

Journalist Hadi Al Abdallah separately published a video showing destruction of civilian houses as a result of what he called Russian airstrikes on the town of Heish. At 00:05 in the video, he states: “The Russian airstrikes targeted civilian houses in Heish town and resulted in 8 casualties and more than 10 injured. The casualties were families sleeping in their homes.” 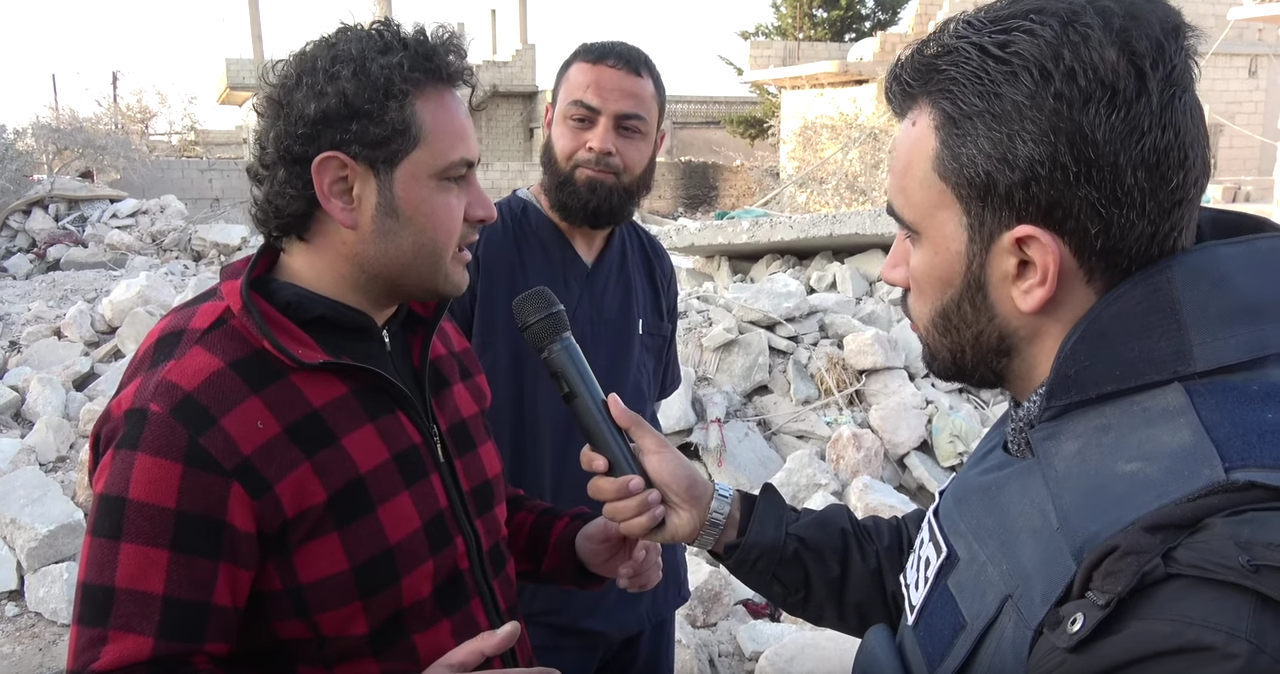 One of the rescuers conducted an interview with Hadi AlAbdallah. In the same video at 01:08, the rescuer states: “At 03:55 the Russian air force conducted an airstrike, followed by another two airstrikes at 03:58 which resulted in 5 casualties including two children from one family, 3 other casualties from another family (parents and their 17 year old child), and 10 injured.”

Thiqa News Agency published a video showing the impact site and an interview with one of the rescuers at the site. The rescuer states: “At 03:48 AM the first airstrike hit the medical point crosspoint, and then the second rocket hit here in this residential area which affected around 10 to 15 houses.”

Other videos about this attack were published by Marra Now Media Network and Jiser News Agency. Both videos show the destruction of civilian houses.

To provide a further layer of verification, the Syrian Archive analysed flight observation data provided by a spotter organisation. This consisted of analysing observation data of flights between 02:00 and 04:00 pm, the period directly before and after the reported attack. See below:

The report’s source for flight observation data has found that circling flights typically indicate target acquisition and/or preparation for imminent attack. In this case, the flight observed near the attack site around 02:16 has been determined to likely be acquiring the target for the later attack. The flight used for the attack itself has been unable to be determined. 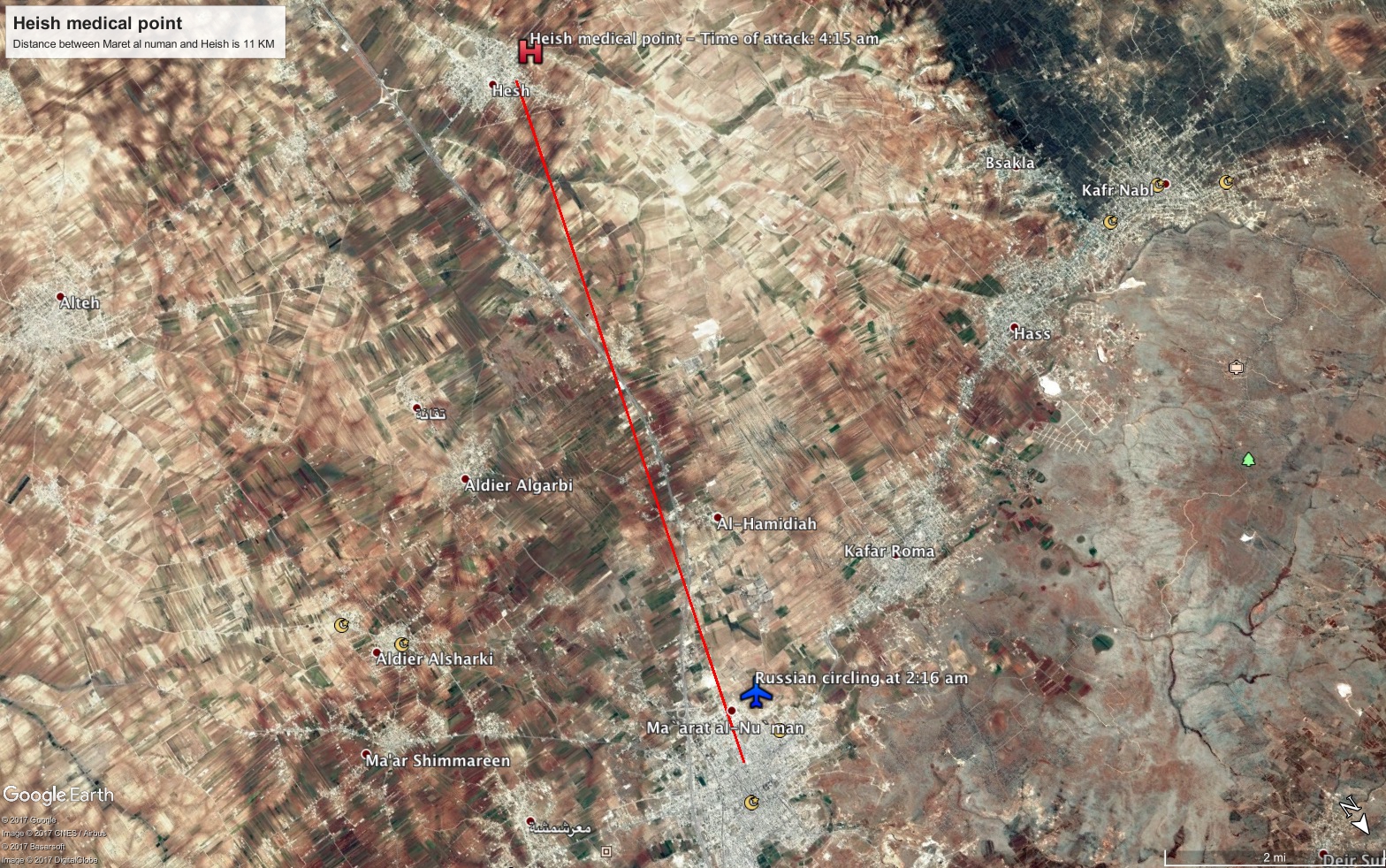 Witness statements of the attack were provided jointly by Syrians for Truth and Justice and by Justice for Life. Abdul Basset Kernazy, director of the Medical centre in Heesh town, in the Idlib countryside, stated to the report’s investigative team that on 7 April 2017, at about 4:15 at dawn, planes believed to be Russian, targeted the medical centre with two thermobaric missiles, causing considerable destruction to some parts of the medical centre. He said:

“The airstrike - which shocked us while we were asleep - resulted in dozens of deaths and injuries among patients and medical personnel as well; many of the injured were transferred to nearby medical centres. After the raid was over, we moved the medical center to another place.”

Khalid Halaby, a medic who was there in the medical centre at the moment of attack, confirmed to the investigative team that warplanes, believed to be Russian, targeted the centre and killed 10 people. He said:

“We woke up on the sound of a strong explosion, soon we realised that Russian warplanes conducted raids on the medical centre. I, with the rest of the medical staff, rushed to see what happened and to provide aid to those who need it. We saw that most parts of the infirmary were devastated… Moreover, the airstrikes killed 10 civilians, 3 of them from Heesh, and 7 are displaced from Halfaya town located in Hama.”

Halaby added that the bodies of the deceased were completely distorted to the extent that it was difficult to identify most of the dead; some of them, however, were able to be identified as:

Those injured were identified as: