The sixth hospital attack identified occurred on 25 April 2017. The Civil Defense published a video which documented them going to the targeted site after the attack. In the video, it is possible to hear someone saying through the walkie talkie: “They implemented the strike,” and then at 01:18, the sound of the attack is heard.

Another video published by SMO News Agency shows the attacked site immediately after the airstrike. In this video, a person is heard saying: “Kafar Takharim surgery hospital has been attacked with two rockets resulting in a civilian injured and damage in and around the building. The hospital is out of service as a result of the attack.”

Eba Agency “وكالة إباء” also published a video, which features an interview with the Director of the “Nabeel Saed” hospital. The video mentions that two Russian airstrikes targeted the hospital as staff was treating injured people attacked earlier around midnight. 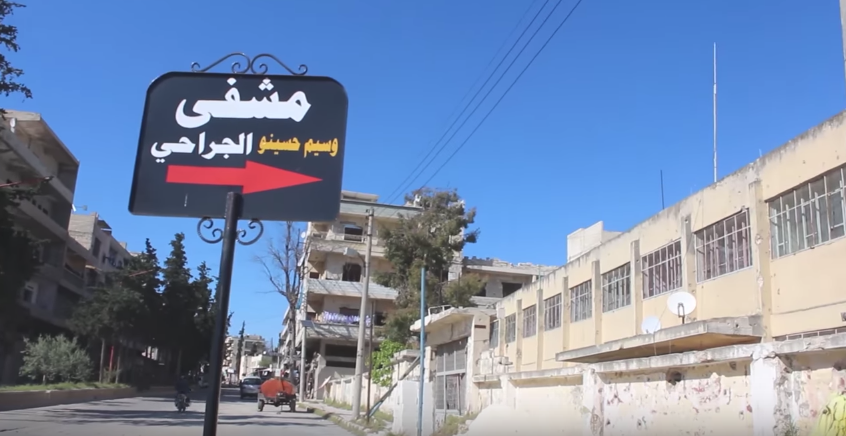 A video published on 25 April 2017 by the YouTube channel of user ”مراسل صحفي اا” shows the destruction the day after the attack where a huge crater is visible. See still from the video below: 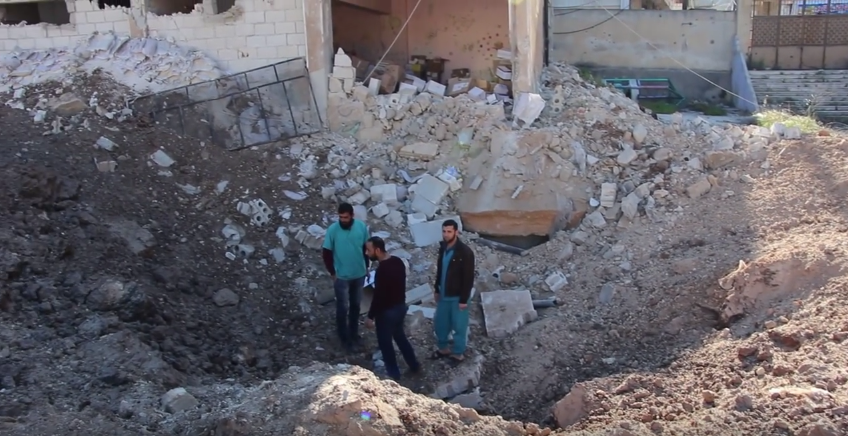 Orient news published a separate video showing the crater in front of the hospital, as well as the damaged building and cars. See stills from the video below: 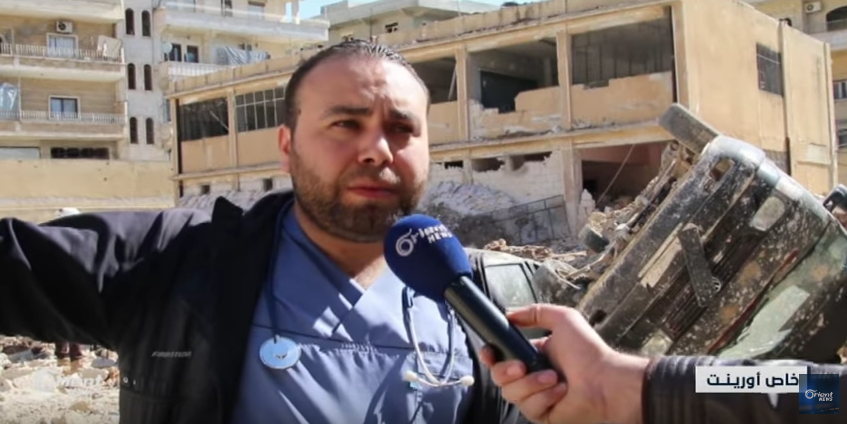 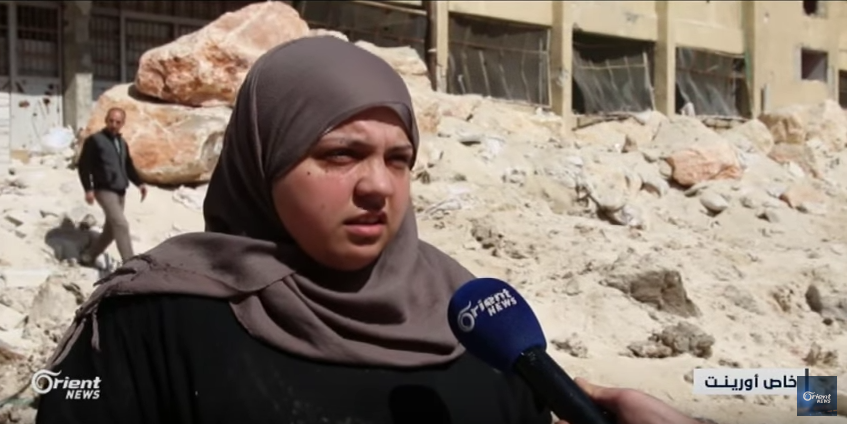 Another witness who was present during the attack stated: “Two airstrikes targeted the hospital as we were rescuing the injured people who were attacked during the night. We found ourselves under rubble and four were injured from the medical team.”

The Syrian Archive was able to geolocate the hospital based on the verified visual content related to incident and comparing this to Google Earth. See below: 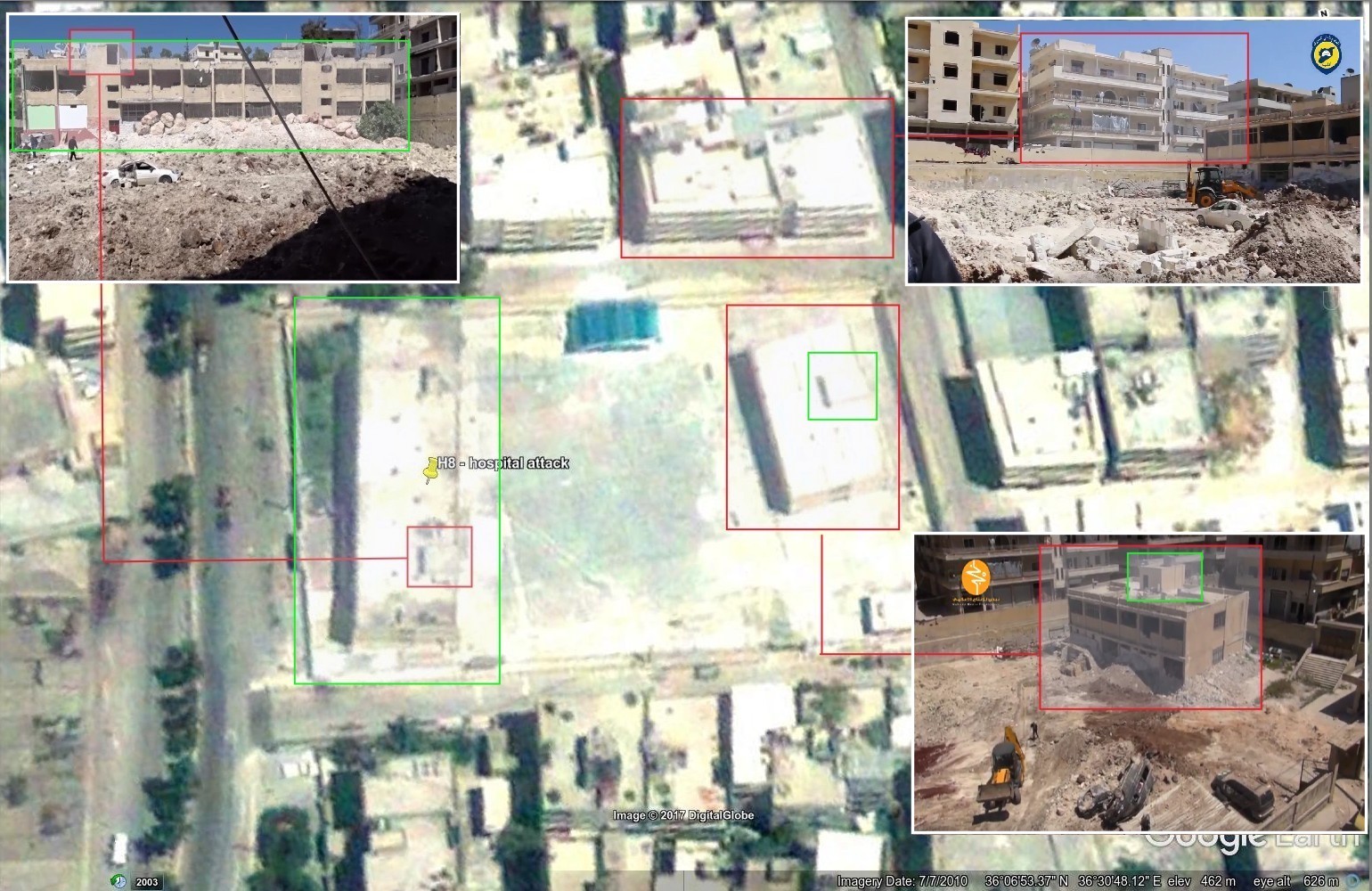 The location of the hospital is near a residential area and there appears to be no nearby military operations.

To provide a further layer of verification, the Syrian Archive analysed flight observation data provided by a spotter organisation. This consisted of analysing observation data of flights between 0:00 and 4:00, the period directly before and after the reported attack. See below:

Previous research has found that circling flights typically indicate target acquisition and/or preparation for imminent attack. In this case, the several flights by drones or by Russian aircraft were observed near the attack site around 00:40, which the Syrian Archive has determined were likely acquiring the target for the later attack. 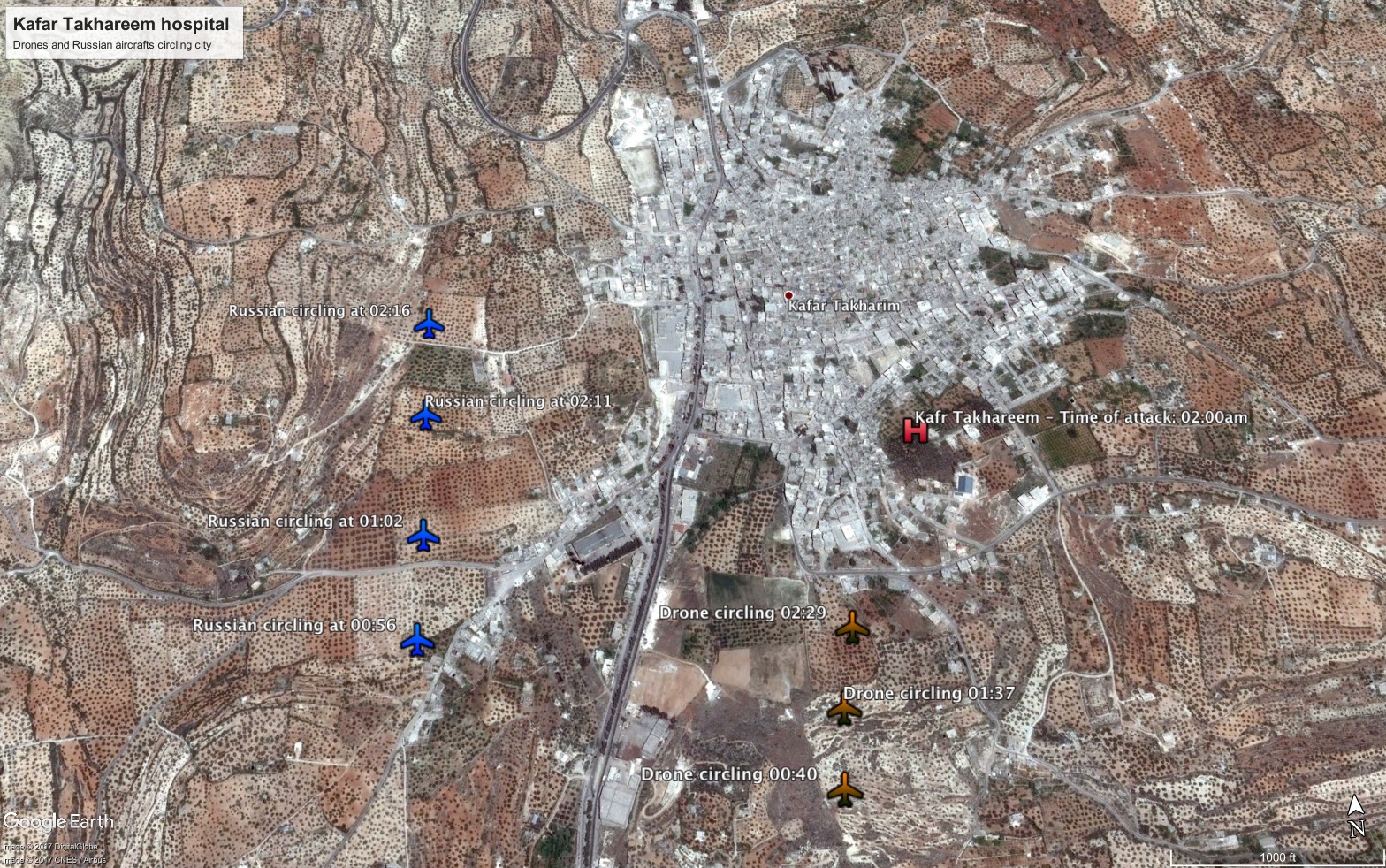 Witness statements of the attack were provided jointly by Syrians for Truth and Justice and by Justice for Life. In his statement, Dr. Waleed Mohammed, a specialist in orthopedic surgery, and the Director of the Shahid Wassim Husseino Hospital in Kafr Takharim, told the investigative team:

“At about 2:00 am the Russian/Syrian warplanes targeted the hospital with two airstrikes that led the hospital to be completely out of service… The attack was conducted after targeting the ​​Duwailah area, and the wounded were transferred to the hospital given that it is located in a border area far away from the combat areas. All this highlights that the main aim of bombing is to destroy the infrastructure of all hospitals in the opposition areas.”