On May 5 2019, media reports were published online by citizen reporters and news agencies in Syria that Nabed Al Hayat Hospital located in Hass in Idlib province was out of service as a result of being targeted with an airstrike.

Hass is a town in Idlib governorate with a population of 9595, according to the Syria Central Bureau of Statistics in 2004.

Nabed Al Hayat Hospital is supported by the Syria Relief and Development - SRD which is a licensed organisation in Turkey. They describe their mission on their website as follows: “Provide emergency humanitarian relief and sow the seeds of sustainable development for the people of Syria”. Baladi News Agency published a video on September 8th 2018 which shows internal damage to the Nabed Al Hayat hospital as a result of a previous attack alongside the recent attack. In that video, the logo of the SRD is visible. 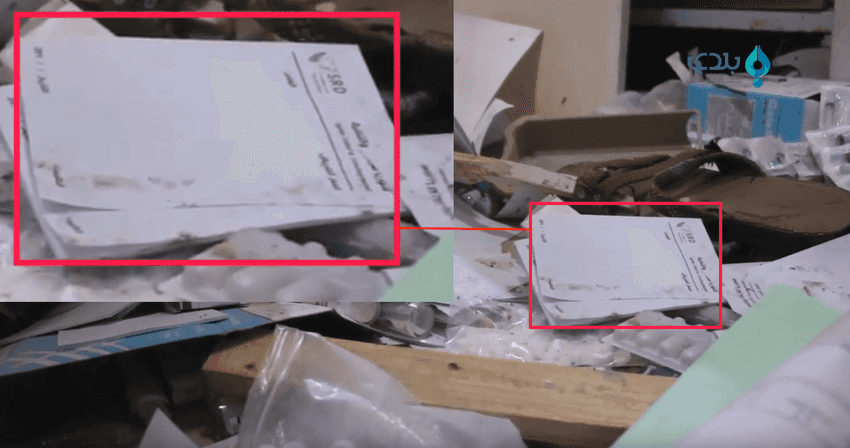 SRD published a statement regarding the attack on their website. Their founder stated the following:

“Our hospital was one of the major trauma hospitals serving Idlib and northern Hama, which has continuously been targeted this week. The people served will not be able to access life saving services. Over 500 surgeries were performed here each month and over 5,000 patients were seen each month. The attack left parents and children, suffering in pain and with no medical assistance,” said Amany Qaddour, SRD’s Regional Director.”

Orient published a video on their Facebook page showing the attack as it happened. Two munitions were dropped on the hospital directly, as can be seen below. The sound of an aircraft can be heard at 01:43 of the video. The person capturing the video mentioned

“Nabed Al Hayat hospital was targeted with a Russian airstrike in Hass town”. 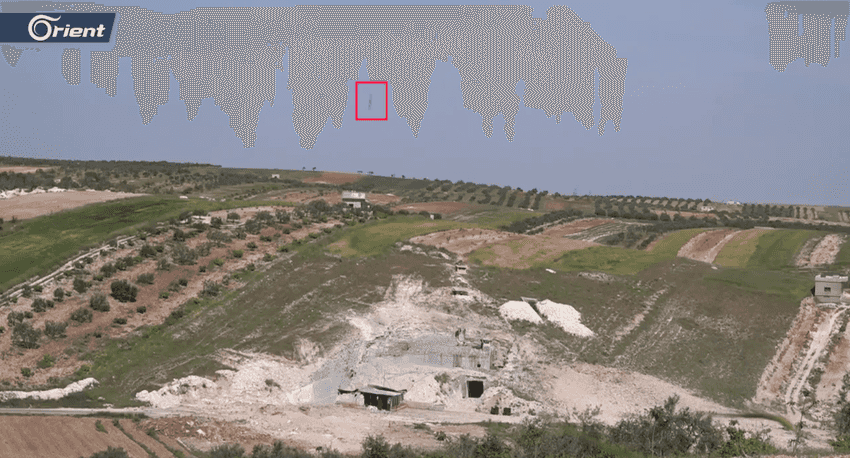 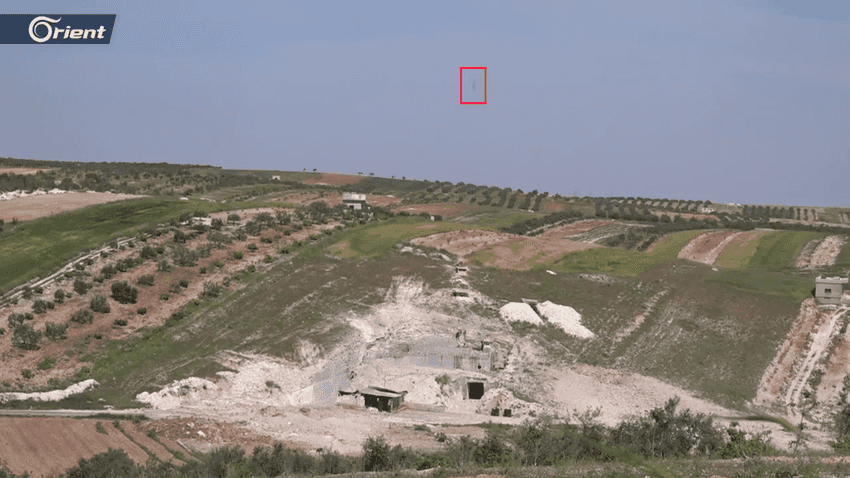 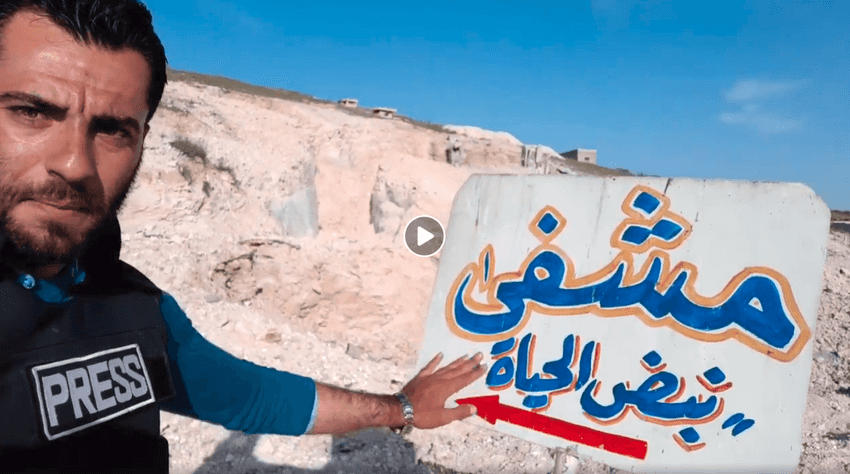 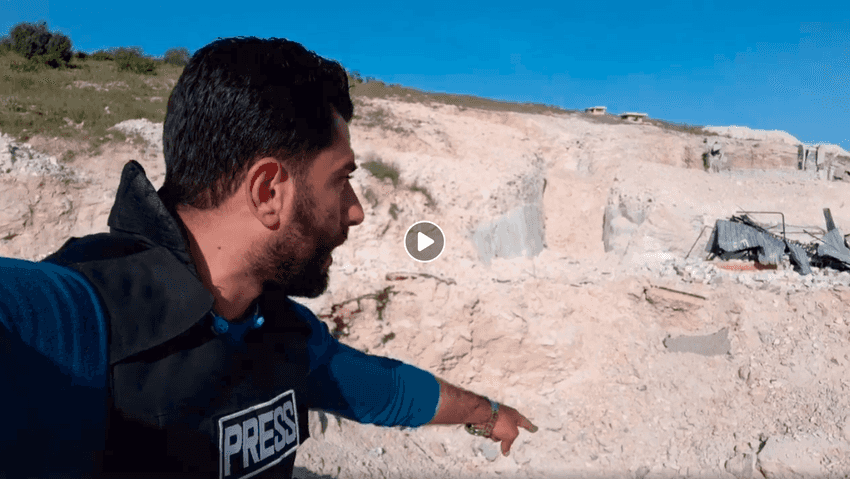 The Orient video shows a crater as a result of the airstrike.

Two large craters can also be identified in a video published by Mouhammed Bala’as.

Destruction in the Hospital

Smart News Agency published a video showing how the hospital was attacked as well as the internal damage that resulted from the airstrikes. 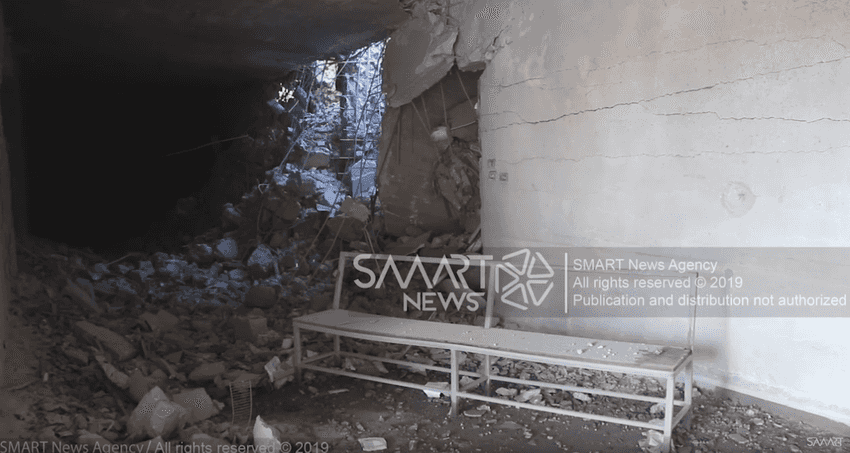 Internal damage in the hospital as a result of the airstrikes

Mouhammed Bala’as video showed the internal damage in the hospital from two other positions as shown below. 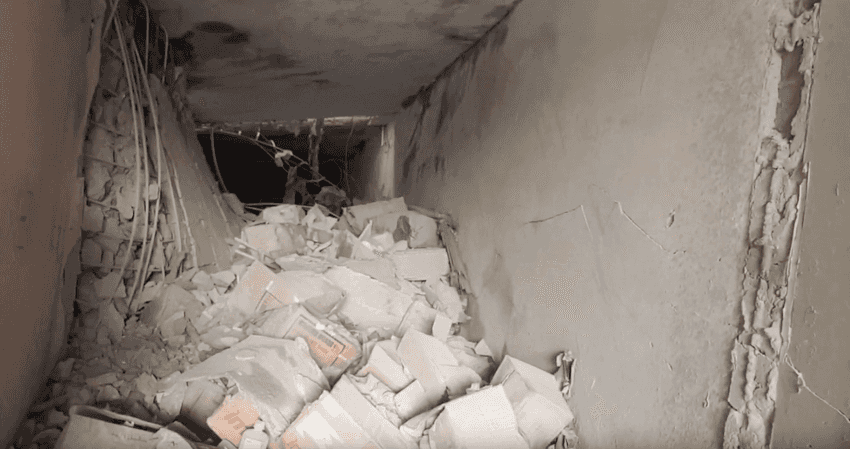 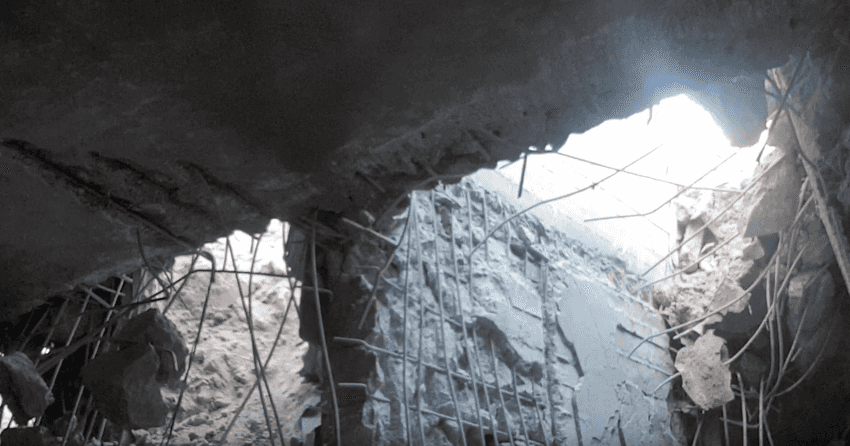 Internal damage in the hospital as a result of the airstrikes

Edlib Media Center also published photos on their Facebook page of Nabed Al Hayat Hospital after the attack shows the external damage to the hospital building. 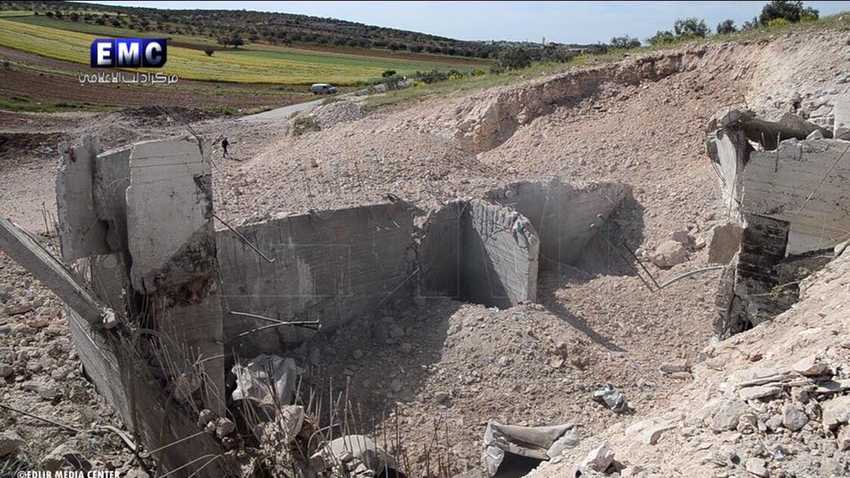 External damage of the hospital as a result of the airstrikes 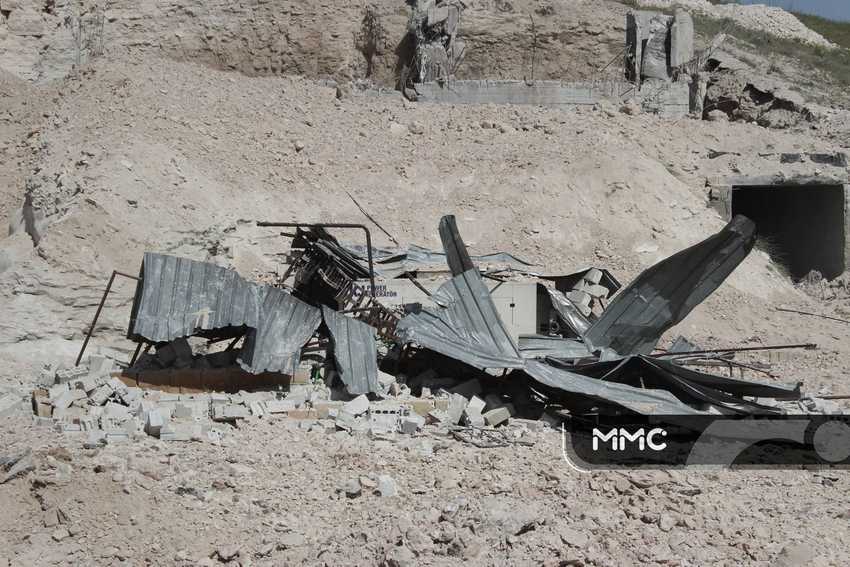 Geolocation of the Hospital

Using Google Earth Pro, the location of the hospital was geolocated by matching the Orient Facebook video of the attack with the satellite imagery below, taken on December 17 2017. This indicates that the attacked hospital shown in the videos is located in Hass town in Idlib, as was reported on social media. 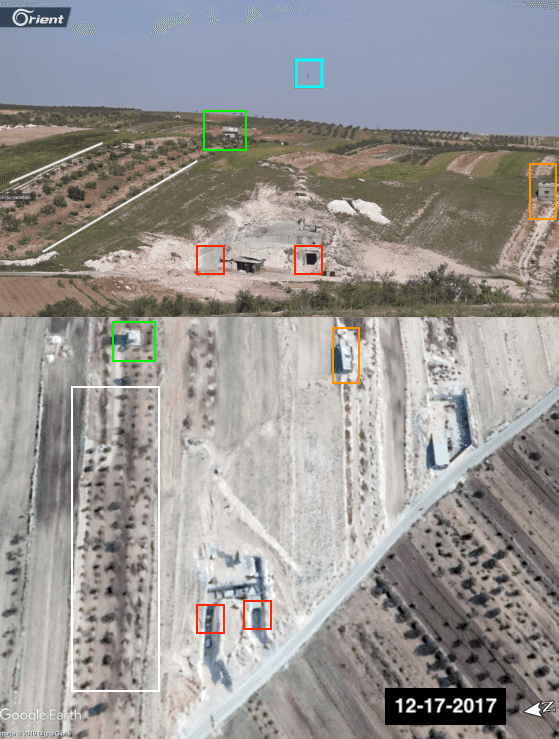 The location of the hospital is remote and isolated with no observable military activity in the vicinity. 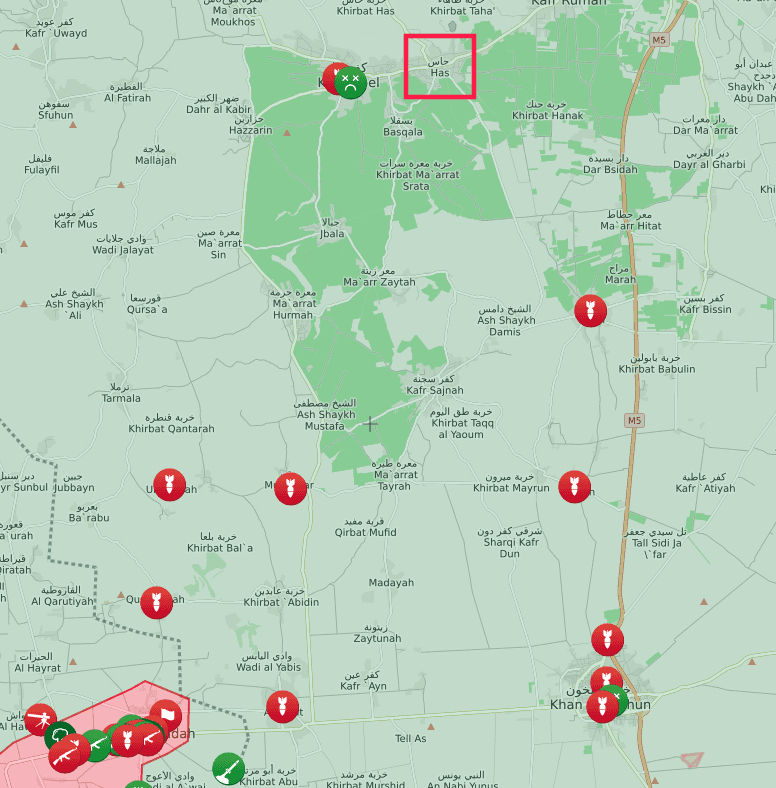 This is not the first time Nabed Al Hayat Hospital has been targeted. On September 8 2018, SHAM Network published a video showing destruction of the hospital, claimed to be as a result of an airstrike. 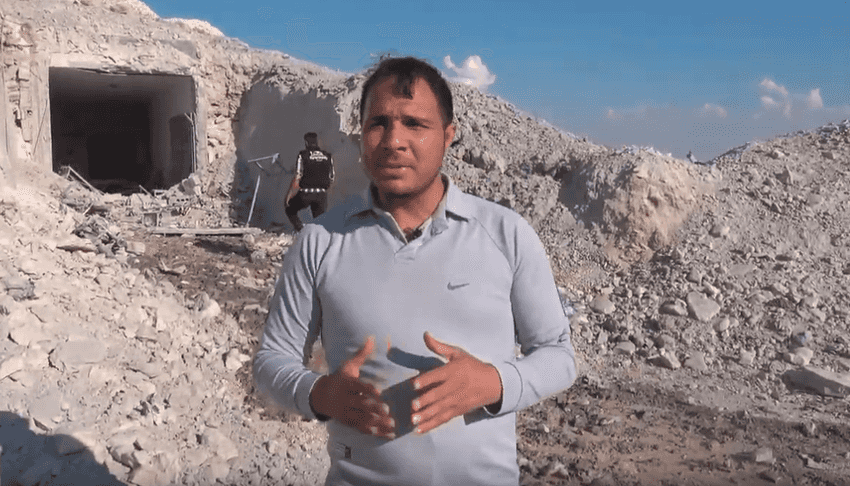 To provide a further layer of verification, Syrian Archive cross-referenced findings from the videos and witness testimony with flight observation data from a spotter organisation. This process necessitated analysing observation data for flights between 14:00 and 16:00 Damascus local time, the period directly before and after the reported attack (14:42 - 15:08) as was claimed by media activists. See below:

Through comparing where flights were observed, the type of aircraft observed, the time flights were observed, and the direction flights were heading, and comparing this data to geolocation conducted in earlier steps, Syrian Archive was able to identify several flights potentially responsible for the attack. This comprises several fixed-wing Russian aircraft, seen circling in the immediate vicinity of the geolocated attack site in Kafr Nabl (14:38, 14:57, and 15:02), a drone circling Kafr Nabl (15:00), as well as a fixed-wing Russian aircraft seen circling in the area of Maarrat al-Nu’man (14:46). One additional fixed-wing Russian aircraft was observed in Hesh 14:39. Previous research has found that circling flights typically indicate target acquisition and/or preparation for an imminent attack.

While there is no direct evidence available that one of the observed aircrafts was involved in the attack on Hass, the presence of these aircrafts at the time stated by citizen reporters and humanitarian groups as the time in which airstrikes occurred increases the likelihood that an air attack occurred at this location and time. 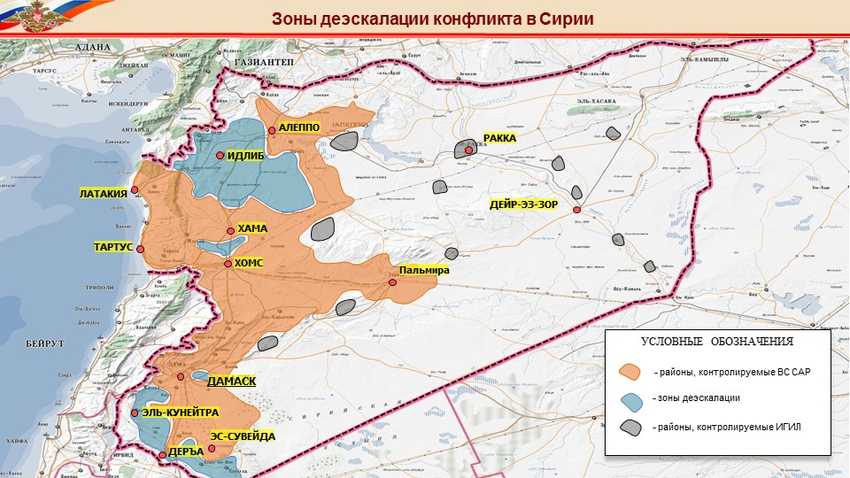 Since September 2014 the UN Office for the Coordination of Humanitarian Affairs (OCHA) have operated a humanitarian deconfliction mechanism to identify and protect humanitarian staff, offices, facilities, distribution sites, IDP sites, routes mobile clinics travel, etc. to the greatest extent possible during kinetic operations by the Coalition Forces (“CF”) in Syria.

The Russian Federation and the Republic of Turkey air forces were not part of this original 2014 process. However, an agreement is in place with both countries to deconflict movement and static locations provided by humanitarian organisations.

The co-founder of the hospital, Joumana Qaddour, published a tweet mentioning that the hospital was part of the deconfliction mechanism. This was also published in a statement by SRD which included:

“This hospital’s coordinates had previously been shared with UN OCHA as part of its formal deconfliction mechanism, yet it was still directly targeted.”

Based on verifying open source information, interviewing witnesses and analysing flight data, it is certain that Nabed Al Hayat Hospital located in Hass town in Idlib governorate was bombed on May 5 2019 with an airstrike that resulted in both external and internal damage to the building of the hospital. That same hospital was attacked previously on September 8 2018. The hospital is located within the De-escalation zone and it was part of the De-conflicting mechanism. However, with the current information, it is not possible to state with certainty whether the Russian or the Syrian airforce perpetrated this attack.